Arctic-COLORS is a proposed NASA field campaign program designed to quantify the response of the Arctic coastal environment to global change and anthropogenic disturbances – an imperative for developing mitigation and adaptation strategies for the region. The Arctic-COLORS field campaign is unprecedented, as it represents the first attempt to study the nearshore coastal Arctic (from riverine deltas and estuaries out to the coastal sea) as an integrated land-ocean-atmosphere-biosphere system.

The overarching objective of Arctic-COLORS is to quantify the coupled biogeochemical/ecological response of the Arctic nearshore system to rapidly changing terrestrial fluxes and ice conditions. This focus on land-ocean interactions in the nearshore coastal zone is a unique contribution of Arctic-COLORS compared to other NASA field campaigns in polar regions.

The science of our field campaign will focus on three key science themes and several overarching science questions per theme: 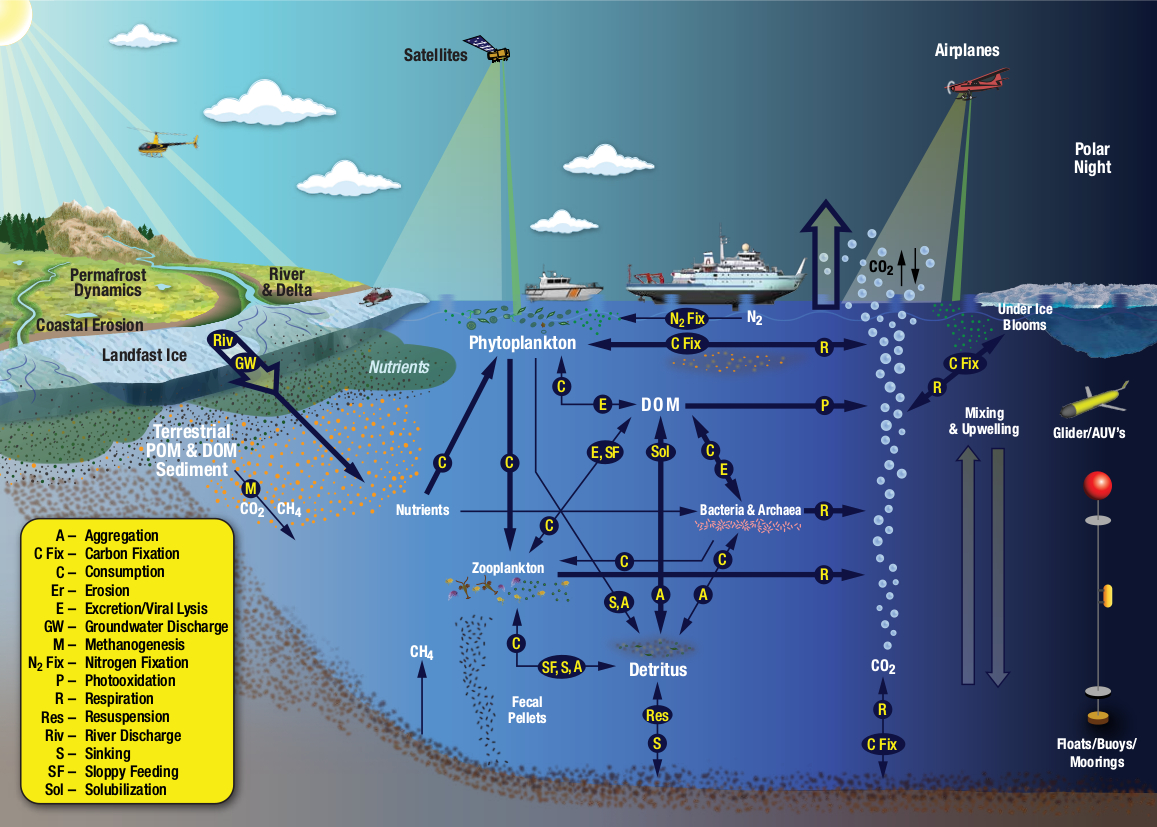 Schematic of Arctic-COLORS coastal dynamics linking the three overarching science questions. Processes represented by arrows as well as those labeled (permafrost dynamics, coastal erosion, landfast ice, etc.) will be examined at the interface of river estuaries and deltas with the coastal ocean. Larger and thicker arrows and text represent the higher priority processes and biogeochemical state variables that will be the focus of Arctic-COLORS. Also shown are examples of the sampling and measurement (or transportation) platforms that will be necessary to accompligh the Arctic-COLORS field campaign. A single satellite is shown to represent past, current, and future remote-sensing observations from multiple satellites.